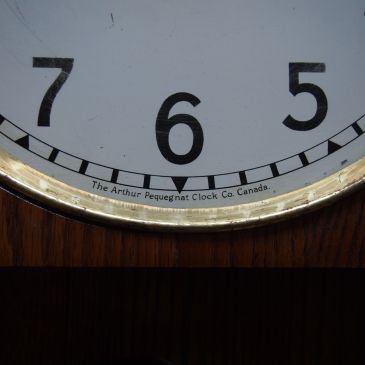 The Canadian Time clock was made by the Arthur Pequegnat Clock company. The Arthur Pequegnat Clock Company (1904–1941) is notable as the longest lasting Canadian-based clock manufacturer. My particular clock was made after 1917 and was made in Kitchener, Ontario (Canada). Clocks made before 1917 were inscribed “Berlin” on the dial face. Kitchener was known as Berlin prior … END_OF_DOCUMENT_TOKEN_TO_BE_REPLACED

Recipes showing step by step directions with pictures and a printable recipe card.